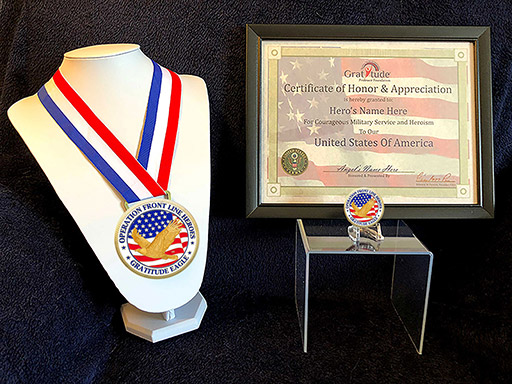 I just ordered my Gratitude Eagle Hero Package! I can't wait to honor my hero. 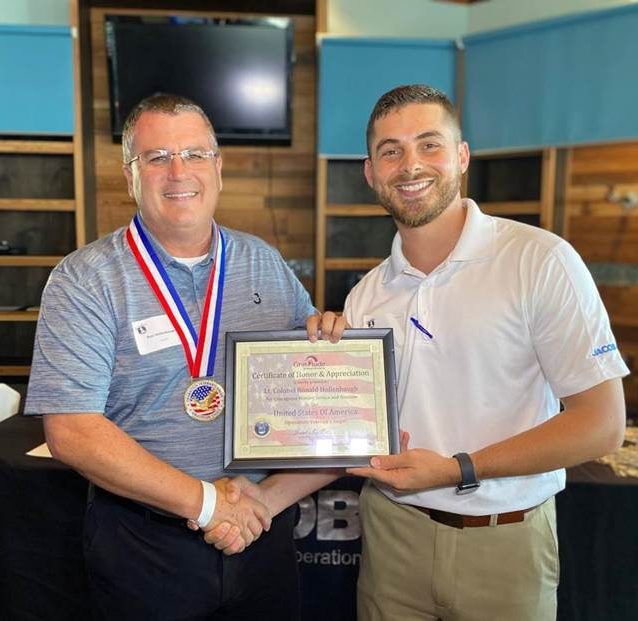 Tampa VetNet honored retired Lt. Col Ronald Hollenbaugh at our networking event at Hula Bay for transitioning veterans at MacDill AFB on 12 March just before the pandemic caught us all by surprise.  The Jacobs Veterans Network plans to honor a veteran at each of our annual events (4-5 per year). It is a special honor to with our nonprofit friends at Gratitude Professor Foundation to be able to tangibly honor and recognize our American Heroes.

“The Jacobs Veterans Network is honoring an incredibly special Veteran today that in military fashion, consistently goes above and beyond the call of duty. Lt. Col Ronald Hollenbaugh retired after 20 years of honorable and faithful service in the USAF, having reached the rank of Lieutenant Colonel. After retirement, he joined our ranks here at Jacobs and recently passed the 5-year mile marker as a Jacobian. Just as he was in uniform, this individual is a trusted and respected leader, heading up the Campus Support Team at USSOCOM headquarters with over 110 Jacobians under his charge spread across the nation. There is no argument that he has played a huge part in the overall success of the team, and the individual career success of many under his watch and guidance.

He hails from Plattsburgh, New York, and when he is not hard at work, enjoys Marvel Comics, Draft Beer, and Taylor Swift songs!

On behalf of Jacob’s Vet Net, Gratitude Professor Foundation, and Americans across the globe, we would like to thank Lt. Col. Ronald Hollenbaugh for your service to our great country.”